You could say I’ve been on a personal finance kick lately.

You would be wrong.  It’s not a kick.  The changes I’ve made in my life over the last year are sticking. Not perfectly: I’m learning things every day and every month, and sometimes I get a little sloppy.  But last October (2017), I made the choice to be obedient to God with my finances.  Since then, I’ve stopped borrowing money, closed my credit cards (yes, and I also cut them up on Facebook Live), saved a starter emergency fund, and paid off a lot of debt.  So when I saw 5 Simple Steps to Financial Freedom would be touring with Celebrate Lit, I had to check it out. 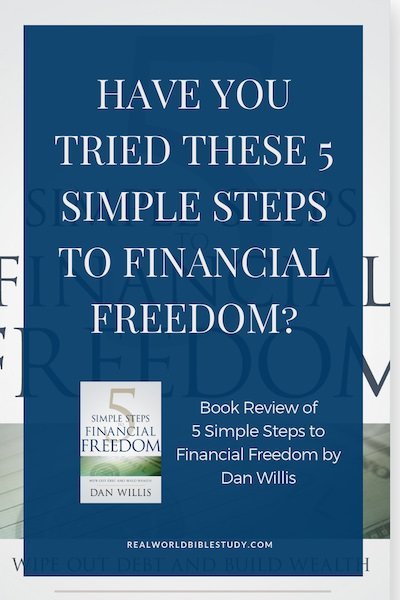 At this point, I wasn’t really expecting much in the way of new knowledge.  I’ve studied a lot this year, because I’m a nerd and a readaholic, and I listen to The Dave Ramsey Show Podcast which is like getting a degree in practical, hands-on personal finance.  It’s not that I can’t learn new things, but that I didn’t expect to have my mind blown by brand new knowledge.  But I wanted to know if this book would be a valuable resource for me and the people I serve.

Have you tried these?

How have they worked for you?  Personally, I’m not on board with all of them, because I’ve been following Dave Ramsey’s plan and that has worked really well for me, so I’m sticking with it.  Some of them were very similar to what I have been learning using Dave Ramsey’s books, but a few are a little different.  Pastor Dan Willis recommends a 5-year payment plan, listing debts from highest to lowest interest rate, where Dave Ramsey would say to pay off your non-mortgage debts as fast as possible like a cheetah is after you.

The other main area of difference I found was #5.  Willis advises readers to work on restoring their credit and keeping a high credit score.  Ramsey advises readers to clean up their credit report by contesting errors but to close out the accounts which will eventually result in a “zero” credit score.  In order to maintain a high credit score, you have to keep borrowing and paying back money, and both leaders would say we are out of the debt business, so…logically we are out of the credit score business.

Does it really matter which plan you follow?  Yes and no.  Ramsey’s plan has worked so well for me, and the reasoning behind the choices is really well explained. (I’m not going into that level of detail here since I’m not reviewing his book!).  But I think the most important thing is this: you have to take ownership, and you have to submit to a plan, intentionally.  That plan needs to involve saving, giving, paying off debt. 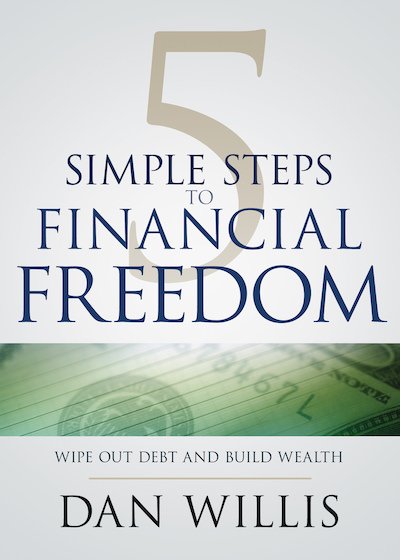 What did I like about 5 Simple Steps to Financial Freedom?

There were some really great “zinger” statements in this book, and it was an easy, inspiring read.  One of my favorites: “Do you realize that being in debt is a spiritual condition, not a financial condition?”  I also really like that he calls out using debt for ministry.  He describes racking up credit cards for church expenses, and this was totally me.  Hello?  If God is going to provide, he’ll provide actual resources, not bondage to plastic :).  But how many of us put ministry expenses on the credit card, or sponsored those kids on the credit card?  I realized this a while back.  It’s not actual generosity if it isn’t my money.

One other thing I loved: the connection that Willis made between living debt free and being used by God to do miraculous things. It’s not a guaranteed thing, but more that you are going to be able to live for God even more when you aren’t a slave to debt and money.  Your faith changes when you rely on God instead of debt to bail you out of crises, and you are positioned to be God’s hands and feet when you are on financially stable ground.  Like Abraham, “blessed to be a blessing.”

What I didn’t love about 5 Simple Steps to Financial Freedom:

The chapters themselves provide a good organizational framework, but within each chapter, the author jumps around a bit.  It was easy to read (like listening to someone talk), but occasionally hard to follow.  There were a few places where Willis used some “churchese” that even I didn’t fully understand.

Also, Willis uses the King James Version for all the Scripture references.  This works against the “easy to read” factor.  It’s not my preference for that reason and a few others.  And there were a few Bible nerd interpretation things that I had an issue with.  I didn’t usually disagree with the conclusions, but with the way the passages were interpreted in order to arrive at those conclusions.  (These interpretation mistakes, by the way, are really easy to make when relying on any one translation).  In one place, it seemed like Deuteronomy 15:6 was being presented as a command, when in fact, if you read the beginning of the passage, it is describing God’s blessings.  You might arrive at the same conclusion regarding how we should act, but how you get there matters too.

Would I recommend 5 Simple Steps to Financial Freedom?

Probably not, for the reasons above, but mostly just because there are better resources that cover the same territory.  It’s not a bad book, it’s just not my first choice to recommend for this topic.  My first recommendation for this topic is still Dave Ramsey’s The Total Money Makeover.  It provides a lot more reasoning (in a sometimes make you laugh and/or cry way) for each of the steps, and more hands-on, practical “meat” for how to implement it.  Also, the Scriptures are in translations that more people will understand.  It’s not perfect, and Ramsey too could stand to put a little more meat on his interpretation bones, but I think everyone needs to do that!

As a young and naïve pastor, Dan Willis maxed out twenty-three credit cards and ruined his credit to support his ministry. It wasn’t until massive debt caused the cards to stop working that he realized that God never asked him to do this. Through his candor and honesty, Dan reveals the five steps God showed him to get out of debt: stop spending, create a budget, develop a debt payoff plan, begin saving, and repair bad credit. This led him to becoming a thriving and financially-free ministry. Now, Dan is on a mission to teach this to the world. Using biblical principles, but not relying on miracles or “name-it-and-claim-it” theology, Dan provides easy-to-follow, practical steps that can be used by anyone to escape financial bondage. Finally, he encourages readers to use their financial freedom to help others and advance God’s kingdom, and to use their newfound fiscal wisdom to store up wealth. Without shaming those who struggle financially, 5 Simple Steps to Financial Freedom is the perfect combination of spiritual wisdom and practical advice for those who desperately need it.

Not 23 Ways to Money Greatness or 67 Options to Financial Well Being. Just Five Simple Steps to Financial Freedom. Why complicate this? Wipe out debt and create wealth. 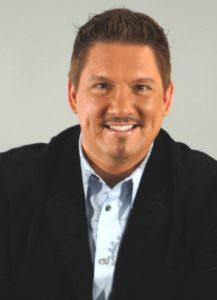 As a young boy, Dan Willis’s dreams involved entering the medical field until that fateful day when, at age sixteen, he was called to “temporarily” take over the pastor position of a local church. More than thirty years later, Dan is still there, serving as the senior pastor of The Lighthouse Church of All Nations in Alsip, Illinois. He took the small ministry of sixteen people and nurtured it into a thriving multicultural body of more than 1,500 people. Dan’s previous books with Whitaker House were Freedom to Forget: Releasing the Pain from the Past, Embracing Hope for the Future and Praise Is My Weapon. 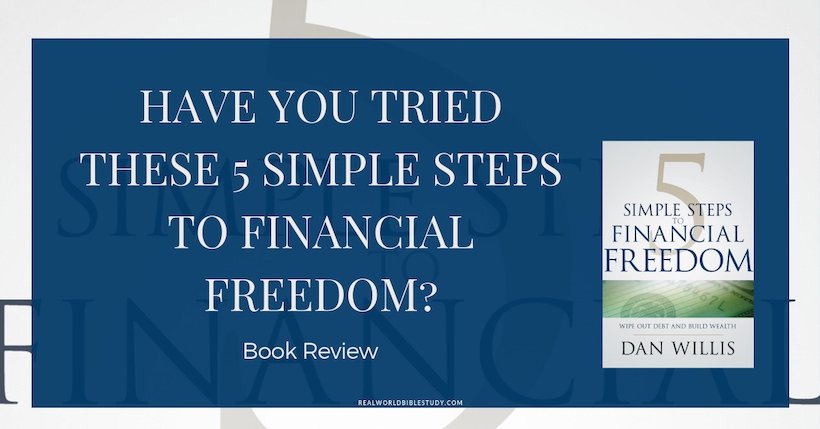 Previous Post: « 3 Relationships I want to Invest in This Year
Next Post: 3 Reasons You Need to Read Vivir el Dream »