I just finished up the first 6 weeks of my 90 Day Budget Boot Camp…and…Baby Step 1 is DONE!  I have got to tell you…this week I had some real fun with money.
Say what?
Yup, fun, with money, and my budget.
As you know, I’m going through Dave Ramsey’s Baby Steps from The Total Money Makeover to get my debt paid off as soon as possible.  Baby Step 1 was to save $1000 in a “baby emergency fund” as fast as possible, and then Baby Step 2 is the debt snowball.
I’m going to be in Baby Step 2 for a looooong time. 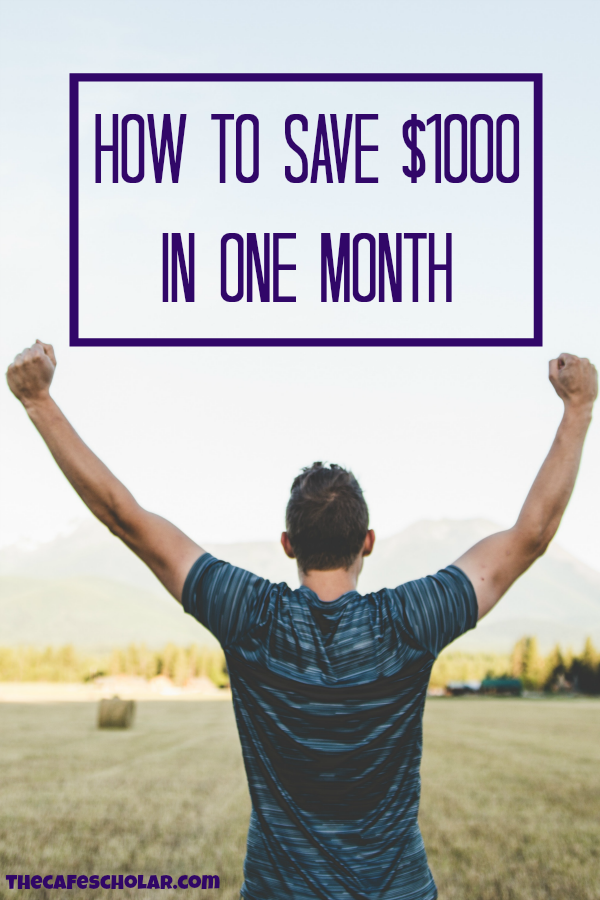 Disclosure: This page contains affiliate links. That just means that I may receive a small commission if you buy a product linked on this page.  It sure helps towards paying off those student loans! For more information, please see my disclosures page.

But that $1000 emergency fund is so important because, for many of us, credit cards are our emergency plan.  The problem with debt as the emergency plan is that then your emergency keeps you trapped; it keeps costing you and costing you. So you really need the emergency fund before you can start paying off debt, so that every emergency doesn’t set you back into debt.  I am super excited to have completed Baby Step 1 in less than a month!  Here’s how I did it…and how you can do it.  Now, it really helped that I had a few side hustles lined up already at the beginning of October, and your expenses will probably look different than mine.  Everyone’s situation is a little different, but I found there are three keys to this first step: 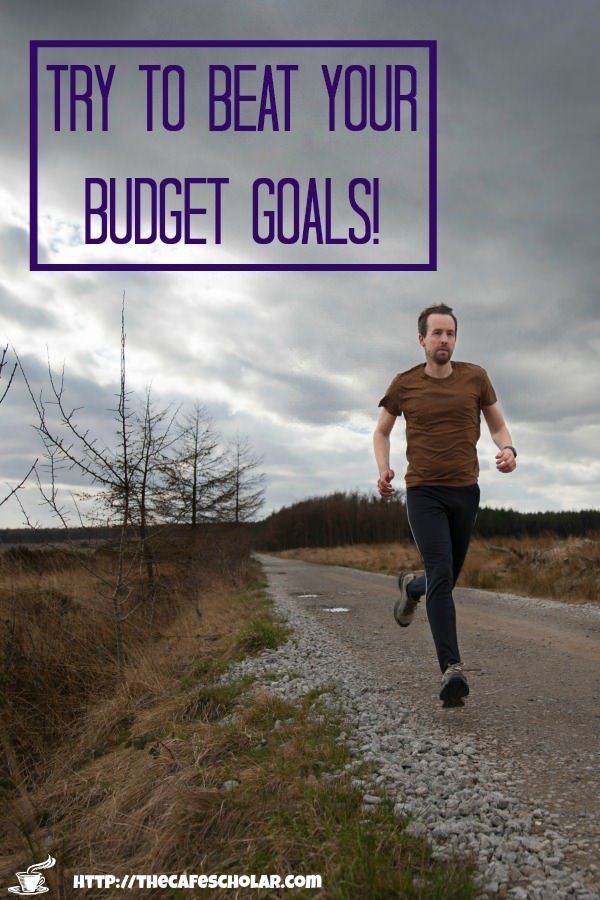 The written budget is about telling every dollar where it should go, before the month even starts.  These 6 weeks got off to a rough start with a lousy out-of-budget purchase that I had a hard time returning, but after that kick-in-the-pants I was so motivated to not be manipulated like that again!  I cut up my credit cards (on Facebook Live!) and I made a new goal: to basically race against myself and BEAT the budget.  I was determined to spend less than budgeted in any and every category possible.  For example, I had budgeted for food, but then I quit spending money on food entirely.  I stopped eating out, got more consistent about making lunches, kept my cubical at work stocked with some lunch options just in case.  After October 7, the only eating out I have done has been on gift cards.  And let me tell you, a free Chick-fil-a sandwich tastes so much better when you haven’t eaten out in weeks!  Seriously, when you stop eating out it feels like you are making more money.  And avoiding spending money even on groceries forces you to be more creative and use what you have left in the house.  I did a one-month spending freeze in college, and I ate the most interesting foods imaginable!  Who knew you had that much food sitting in your house?  If you can be creative with your expenses in Baby Step 1, you will be able to save that $1000 super fast and you will get excited for the next step.
I was determined to spend less than budgeted in any and every category possible. Click To Tweet

In other areas, I tried to wait until November to make a purchase that was necessary but not “a fire,” so I could reach that Baby Step 1 goal first.  Use gift cards and points you already have to cover things you need or want to buy, so you can put that cash into your emergency fund instead.  Sell books or other items on Amazon or Ebay.  When you think you need to buy something, see if you can borrow that tool (or dress!) from a friend, wait until next month, or use something else you might already have at home.  Some of these you will make a decent price on, but even if you don’t, every penny counts.  It’s not that a few dollars are going to make the difference.  It is that your attitude towards spending or saving those few dollars makes the difference.  Something about being ALL IN with the little stuff helps you to be ALL IN with the big stuff.
I didn’t succeed 100% in the race against myself – I had to replace a tire on my car which my “auto” fund didn’t cover, BUT it felt so good to cash-flow that replacement.  I didn’t even have to break into my brand new emergency fund! 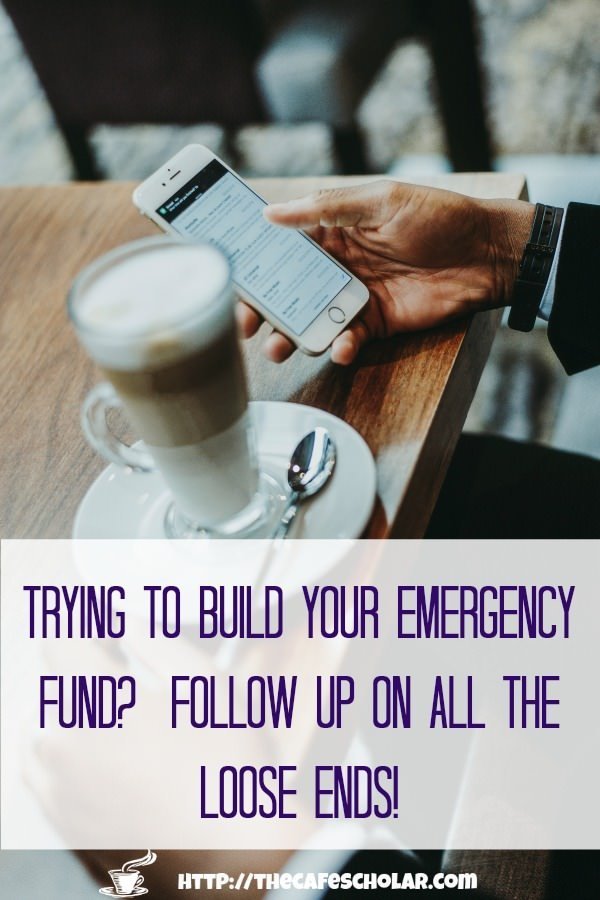 I turned in receipts that I had been holding onto from work and church and my flexible spending account, followed up on reimbursements and refunds that I hadn’t received, and set reminders in Producteev for each one until it was done.  The biggest one was my rental car reimbursement from this summer’s car accident…I realized I had never received the check!  It took some follow through, but I am finally in the clear on that one.  By the time the rental car reimbursement came through, I had saved my $1000 and was able to apply that to the next goal.  About 20% of my Baby Step 1 Emergency Fund came from reimbursements and refunds. 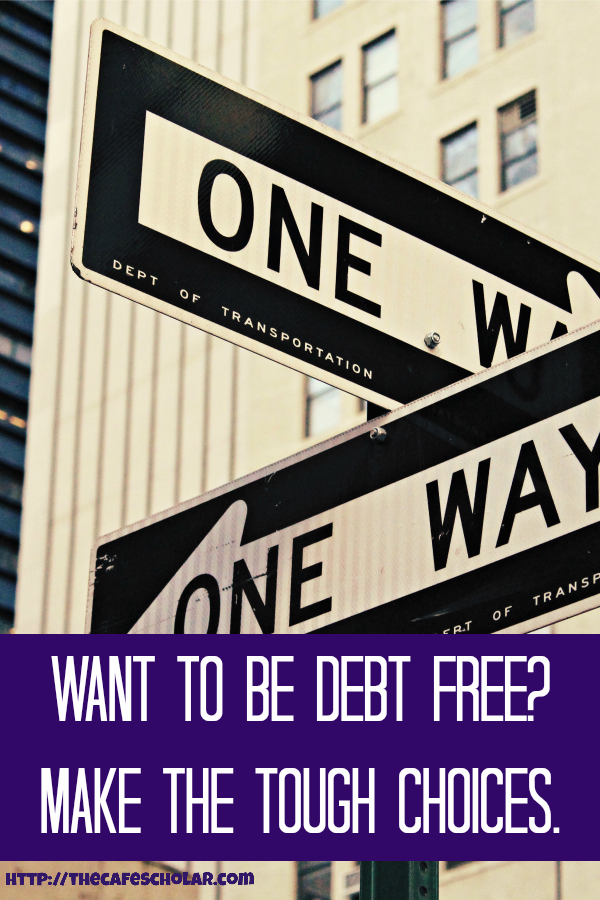 Part of Baby Step 1 is getting that emergency fund together, but part of it is getting motivated and laying the foundation for the rest of the journey.  That came with some touch choices.  I was a member of 3 academic scholarly organizations, all of which were up for renewal this month.  I made the choice to not renew until I am debt free.  The tougher decision was with sponsorships though.  I sponsored a few kids through organizations like Compassion International.  This is a wonderful ministry, but I realized that donating above my tithe while I’m this far in debt would be giving away money that I don’t have; it would be like borrowing to give.  But, I know that when I’m debt free, I can support as many kids as I want!  For you, it might be something different – a phone plan or other service that is hitting you month after month.  Whatever that thing is, make the tough choice to set it to the side for now so that you can really enjoy that thing later.  Every activity, product, or service that I turned down (and even the alumni fundraiser phone calls I received!) I used as an opportunity to share about my debt-free goals.  It helped me to remember the goal.
Check out more ways to reach that first $1000 from DaveRamsey.com.

Having that goal of trying to beat the budget made this process really fun.  If I got a check, I didn’t even deposit it into my regular checking account; it went straight into the emergency savings fund and I watched those numbers go up.  The best part: yes, I met my first goal to save up $1000 in the first month, but at the same time, I was able to pay off $2500 in debt in that first 6 weeks.  I paid the minimums on everything until I had finished the emergency fund, and then at the end of the month, everything left over got thrown at the debt.  I cannot tell you how exhilarating it was to pay some of those bills and know that I would never ever have to pay that bill again.
Hallelujah! I saved $1000 and paid off $2500 in 6 weeks! Now it’s your turn! Click To Tweet
And here’s the thing…this is what I have learned the last 6 weeks.  It’s not just about the math of how much money you save or you spend.  When you make decision after to decision to honor God with your money, when you make the hard choices, money seems to turn up where you don’t expect it, like the receipt from work that I had forgotten to expense, or cash in a jacket pocket.  God honors you and equips you to knock out those goals.  “Whoever can be trusted with little can also be trusted with much.”  Can you feel the smile?
Now, to start hanging out in Baby Step 2.  Time to destroy the debt!  Me and Jesus, we got this!  What about you?  Do you have a big or small victory in your journey to be debt free?
Previous Post: « Should I REALLY Destroy ALL my Credit Cards?
Next Post: How to Craft the Perfect Research Paper Thesis »