Do you remember The Hunger Games? The first time you saw it? I do. I was washing dishes in my parents’ kitchen, while my dad and my little brother watched in the next room. It was that scene in the beginning. Katniss steps forward to take her sister’s place in the Hunger Games.  She puts her life on the line to protect her little sis. I remember my mom turning and asking me: would I do that for my sister?  Katniss doesn’t have time to decide.  Love drives her to act.  Harper from Beauty in Hiding isn’t like Katniss.  Except in one way.  Love drives her to act.  She has finally decided to trust God, but she’s on the run. She’s not protecting herself, or her kids.  It’s her elderly employer that she risks everything to protect.

This page contains affiliate links – they don’t cost you a penny, but they sure help to pay off those student loans!  For more information, please see my disclosure page. 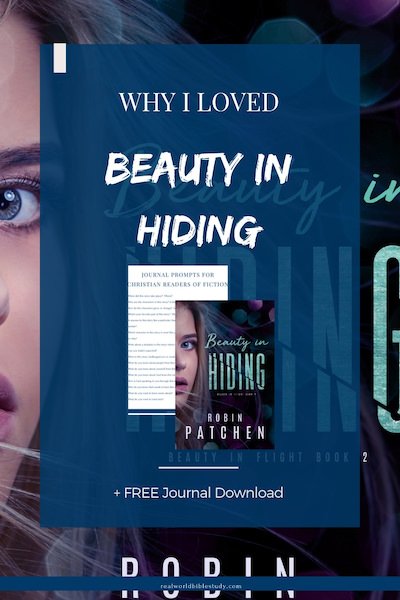 What I loved about Beauty in Hiding

I love the community that surrounds Harper and Red in this small town that knows enough not to ask too many questions. Even on the first few days, they are already so protective of this hurting girl and this old man. I love how Jack – and the others in his community-just gently push through Harper’s walls. They don’t know mow over her, they don’t discount her fears, they just love her and insist on taking care of her. The girl that refuses help knows that she needs help, as much as she hates it, and this little town steps up to the plate. I wish the church would be more like that, more often.
This story was so well told that we were captured by the story, not by the features and the devices.  Even things that would have bothered me didn’t.  I really love the ending too, but I won’t give that away.  I’ve read a few of Robin’s other books before, and I remember being captured by her characters just as much then as now.
But what I love most is the way Harper puts her own freedom on the line, her own safety and well-being online, for this old man she loves, even though they aren’t related. He’s not her grandfather. He’s her ex-boyfriend’s grandfather. And her employer. But the big deal? She loves him like family. That’s what family is. And this wonderful old character who wants to be so independent is at risk, is threatened by his own grandson, and he doesn’t know it. He’s losing his memory and his mind in bits and pieces, he’s incredibly vulnerable. And Harper? She will do anything to protect Red. That’s family.  Is it just me that feels like this is even more special because she could go back to prison for this?
This book did have a little bit of “romance with the baby believer” but it didn’t bother me as much as it usually does. I’m not sure why that is. Maybe, I just got so caught up in the story. Or maybe, it has to do with the way that life moves so much faster during seasons of crisis. People build trust in relationships, relationships of all kinds, much faster than they ever were would in regular life. I’m thinking frontier marriages and apocalypse alliances.  It definitely wasn’t enough of this particular pet peeve to make me dislike the book.
Beauty in Hiding is book 2 out of 3, and it will stand alone, but I started with book 1 (Beauty in Flight) and recommend that one as well.  I would recommend Beauty in Hiding to anyone who enjoys suspense with a little bit of romance and a lot of family and a lot of heart.

Beauty in Hiding is on tour with Celebrate Lit. 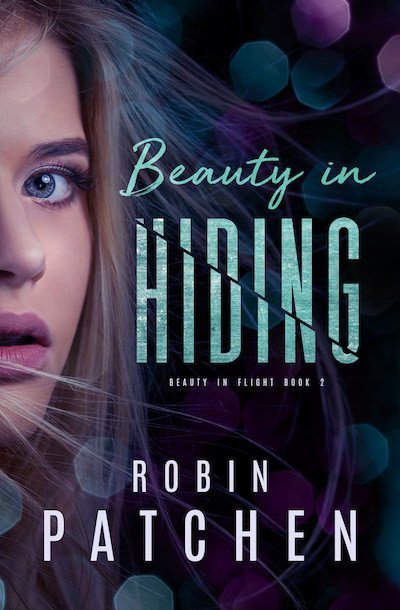 Book 2 in the Beauty in Flight series:

Harper’s second chance at life will become a second stint in prison if anyone connects those two dead men to her.

Nutfield, New Hampshire, is as good a place as any to hide from the murderer Harper left behind in Maryland. All she has to do is lie low and make enough money to keep herself and Red alive until she can figure out who her enemies are.

Jack Rossi isn’t sure what to make of his beautiful new tenant and her confused grandfather. Something’s not right, but the love he sees between them and the care she takes of the old man convinces Jack they’re trustworthy. As drawn as he is to Harper, she’s his tenant, so she’s off limits.

Derrick, Harper’s ex-boyfriend and Red’s grandson, needs to find his grandfather and get his hands on the old man’s money before Derrick ends up with a bullet in the skull. And when he gets his hands on Harper, she’ll be sorry for what she’s put him through.

Harper and Jack grow closer, but so do her enemies. If Harper can’t trust Jack with the truth, she may lose more than just this glimpse of true love. She may lose her freedom—or her life. 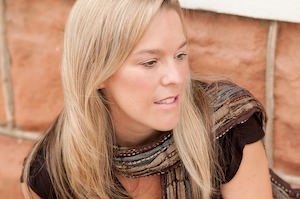 Aside from her family and her Savior, Robin Patchen has two loves—writing and traveling. If she could combine them, she’d spend a lot of time sitting in front of her laptop at sidewalk cafes and ski lodges and beachside burger joints. She’d visit every place in the entire world—twice, if possible—and craft stories and tell people about her Savior. Alas, time is too short and money is too scarce for Robin to traipse all over the globe, even if her husband and kids wanted to go with her. So she stays in Oklahoma, shares the Good News when she can, and writes to illustrate the unending grace of God through the power and magic of story.

I was raised in a Christian home. Our parents took my sister, my brother, and me to church every Sunday. They taught us right from wrong, but eventually, kids have to make their own choices. In my case, I chose wrong for a long time.

Don’t misunderstand: I was always a pretty nice person. I wasn’t a thief, and I didn’t kill anybody, but I made a lot of bad decisions. Sinful decisions. I discovered that one bad choice often led to the next and the next until I was trapped in a life of my own making with no idea how to get out.

But God… two of my favorite words in the English language.

God had a different plan, and He pulled me out of the muck and changed my life. He showed me that I was not the person I’d been acting like. He showed me who I was, and He taught me to walk in the truth of my identity.

Harper Cloud isn’t me, not at all. First of all, she tall and blond and drop-dead gorgeous. More than that, her choices are nothing like mine were. But she’s in the same boat I was. Thanks to a series of bad decisions, Harper was in a hole, and she didn’t know how to get herself out of it. She used drugs to quiet the condemning voices and told herself lies to make herself feel better. Someday, she told herself, she’d get her life together enough to go home to her parents. Because she couldn’t go when she was a mess. She couldn’t go until she’d done something they could be proud of.

Thanks to a bad choice in boyfriend, Harper not only didn’t go home, she ended up in prison.

Harper’s story begins two years after she’s released. It’s the story of a woman desperate to be free of her past, clinging to hope when there’s every reason to despair, and desperate to believe what she’s been told about this Savior, Jesus Christ.

Harper will learn about love and redemption and salvation in the course of the three books that make up the Beauty in Flight series. That is, if she can survive the danger that seems to follow her wherever she goes.

Through the Fire Blogs, April 14

Spoken from the Heart, April 15

Lights in a Dark World, April 15

Through the Lens of Scripture, April 16

Among the Reads, April 16

For Him and My Family, April 21 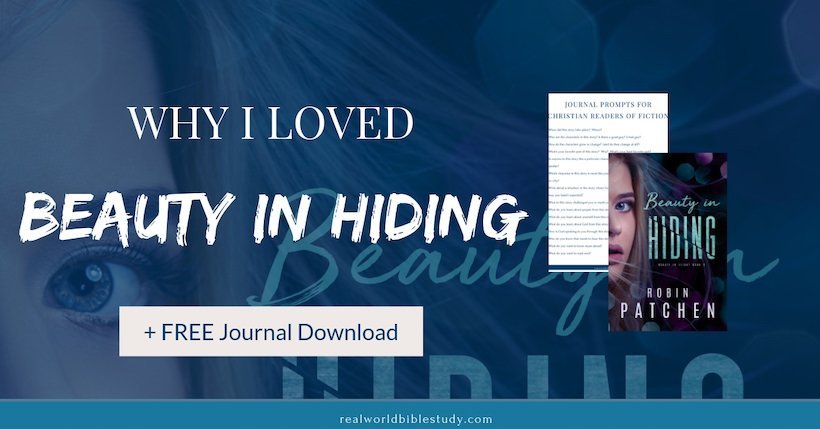 Previous Post: « Think your Family is Messed Up? Meet Delilah’s.
Next Post: This girl was NOT Voted “Most Likely to Save the World.” »