Y’all know I love to read, and I jump genres quite a bit.  I guess I’m not your typical reader! But I’m not a hardcore fantasy reader.  I’ve read some here and there that I enjoyed.  Artemis Fowl comes to mind, George MacDonald’s The Wise Woman (he’s the guy that inspired C.S. Lewis), and of course The Chronicles of Narnia.  I’ll admit, I never got into Tolkien.  I’m sure I would really enjoy the stories, but I never got past the pages and pages of description.  And when I go to read something out of this world, it’s usually going to be science fiction.  Ender’s Game. The older Star Wars books.  I think I signed up to review The Arrow Bringer because I thought some of my Mpact Girls would enjoy books like The Chronicles of Narnia series. 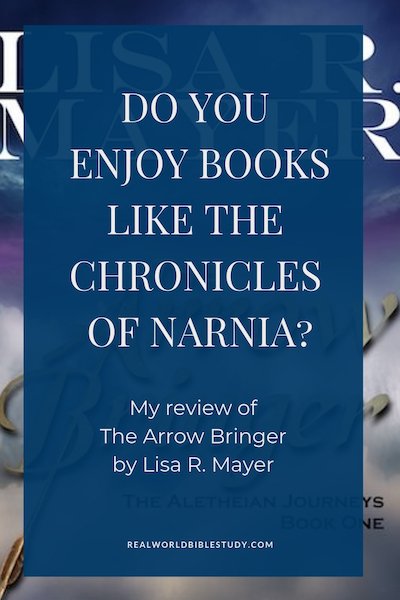 First, I can’t say what a hardcore fantasy reader will think of this book, because that’s not me.  The things we love in books like The Chronicles of Narnia were present: good vs evil, the salvation message acted out allegorically, teens stepping into another world. The message of love forgiveness and redemption was pretty powerful.  Healing in this story – wow.  The story itself was enjoyable, and I love stories where we see the Enemy (Satan) personified because they help us get a better grasp on who he is, how he works, his power…and his limits, too.  (Take that, Lucifer!)

What did I not like about The Arrow Bringer?

To be honest, if I had pulled this book off the shelf at Barnes and Noble and started reading it in the store, I probably wouldn’t have brought it home.  (That might have been my loss.)  I had a hard time getting into it at first.  First person – present tense is not my favorite and it always distracts me, and when the “other world” of Aletheia is first introduced in a dream, I wasn’t convinced anyone would think that it was more than a weird dream.  Evie’s actual journey into the other world was more believable.  In some ways, this book seemed a little too similar to C.S. Lewis and books like the Chronicles of Narnia.  The Jesus allegory was a little too overt for me, too.

Would I recommend The Arrow Bringer?

Yes – while this one wasn’t my personal favorite, I would recommend it to my middle school and high school girls.  (I know they tend to lean more towards first person – present than I do!).  I don’t think the things that seemed overdone to me would bother a younger reader, and I’ll do anything to get my girls thinking and talking about who Jesus is.  Bonus points if it means a fun, thrilling adventure to another world.  If you enjoy books like The Chronicles of Narnia, you’ll probably enjoy this one.

The Arrow Bringer is on Tour with Celebrate Lit 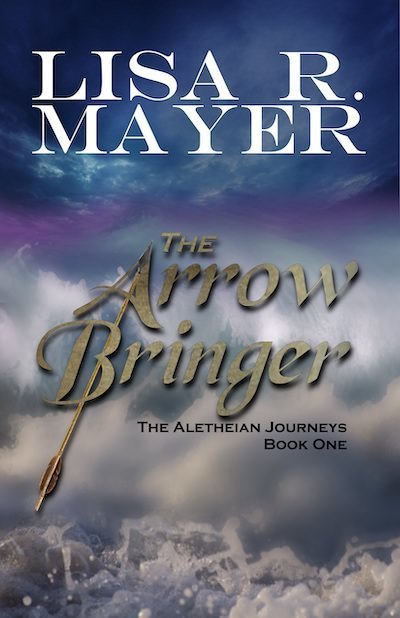 Evie could’ve saved Aletheia. Now it might be too late.

Evie Lewis has just been diagnosed with leukemia at sixteen. Then, a powerful being called the Arrow Bringer offers her a choice: spend her last days in peace or save Aletheia. She stays. But then Shawn Lawrence—the closest person she has to a friend—goes in her place. Now Evie must save Shawn and race to fix her mistake as a shadow falls over Aletheia. Even as leukemia consumes her body, a new enemy and more imminent perils pursue her. And she must endure all and save Aletheia while keeping her darkest secret:

that it’s all her fault. 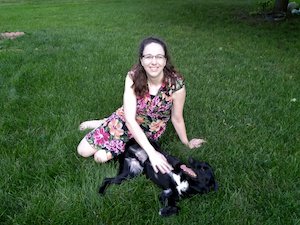 Lisa Mayer recognizes, far better than most, the power of words. She also understands that what people need to know about Jesus is that His love is unconditional, His mercy is unending… and that there are no lengths to how far He’ll go to save His people.

Jesus melted Lisa’s hard heart through words. Now, she hopes to use her words to do the same for others. She loves Jesus and His people and you won’t find a judgmental bone in her body. She lives in Indiana with her husband, Rich, and her furbaby, Scooby. She loves writing, and in her free time, you’ll find her curled up in her superhero pajamas binge-watching her favorite movies and TV shows.

The inspiration to write a book often starts with a dream. Mine started with a lamp post.

I had no idea that after watching The Chronicles of Narnia: The Lion, the Witch, and the Wardrobe in December 2005 my life would never be the same. From that moment, I read every Narnia and C.S. Lewis book I could get my hands on. I searched for Narnia in every wardrobe and ended up finding it deep within my heart… and that’s when I knew I wanted to write a modern Christian-fantasy series inspired by Narnia. And the first book of The Aletheian Journeys came to life—The Arrow Bringer.

I’d like to say that my first draft was pure magic.

But my journey was only beginning, and I had a lot to learn. Writing is an art and requires the patience of a sculptor. I began with a large block of marble and a vision, and then sculpted away until I discovered the beauty underneath.

[bctt tweet=”It’s about what The Arrow Bringer reflects—that as I became a better writer, in a way I also became a better person. – @LisaRMayer2019″ username=”RealWorldBible”]

Don’t get me wrong. I want The Arrow Bringer (and the six following novels in The Aletheian Journeys) to make it—make an impact, make a difference, make straight His paths. C.S. Lewis changed the world with Narnia. Anyone who reads it knows what it is to love Aslan better here by knowing him first in Narnia. And yet all of us still hunger for something that we can’t explain—and that is Jesus Christ.

At its heart, The Arrow Bringer is a love story.

The story of the love of the Arrow Bringer for this people, for friends and family struggling to save Aletheia, and a story of love between us and Jesus. The story is meant to inspire, to bring hope, and to remind you of how much you matter. I sincerely hope, with all my heart, that you will find the Arrow Bringer not only in Aletheia… but in every chapter of your life.

It wasn’t just my writing journey that began with a lamp post… but my journey with Christ.

By coming further up and further in, I found more than I ever could have dreamed. I hope the spark from that lamp post will fuel The Arrow Bringer, honoring the legacy of C.S. Lewis, and inspiring a new generation. Within The Arrow Bringer, I hope you’ll find joy, romance, friendship, and adventure. Most of all, I hope you discover that Jesus’ mercy has no end… and He loves you far more than you could ever imagine.

Through the Fire Blogs, March 29 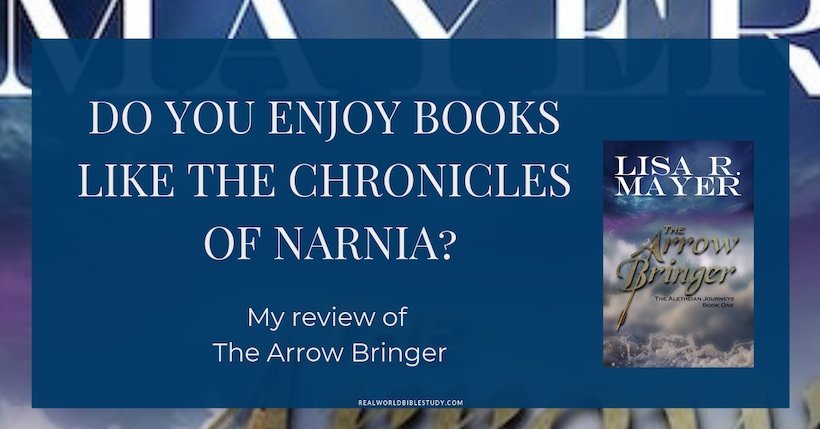 Previous Post: « What did I think of An Unpresentable Glory?
Next Post: What is God’s Creative Purpose for your Life? »