I get these calls all the time.  You know, the calls offering a solar-energy deal for homeowners?  Only I’m not a homeowner.  Or the calls offering a deal on my credit card debt. (But I don’t have credit cards).  I’m so used to just disregarding these calls, although if I get a live person on the other end, I’ll have them take me off their list.  Tavish got a call like that.  It was a dog pound, letting her know her dog had been picked up.  Only, Tavish doesn’t have a dog.  When she learns the dog will be put down if she doesn’t come get it, Tavish has to push aside the fragments of fear that have defined her life the past few months and take action.  When she does, she finds herself in the middle of a lot more fear, and a lot more action! 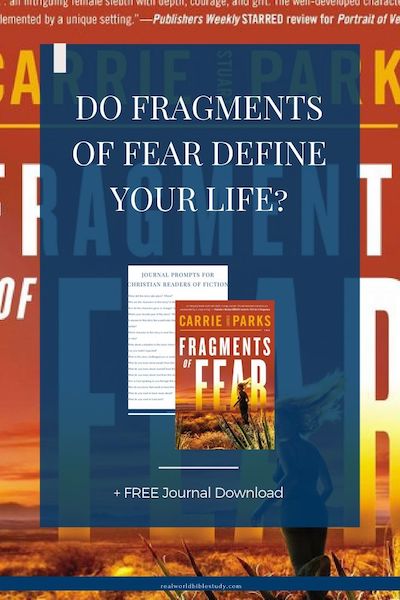 Evelyn Yvonne McTavish-Tavish to her friends (us!) – is living in a world turned upside down by her fiance’s death and the questions he left behind.  And she’s falling apart.  Nails bitten to bloody stubs, bailed on her job (fortunately there’s that trust fund), trying to launch her art business and not trying to belong in her mother’s rich, political, fake world.  No one believes her when she insists that her fiance’s death was murder.  She is ridiculed and written off as an embarrassment. Horoscopes, crystals, and mantras from her therapist don’t seem to be enough to win the fight with anxiety.

But then, she HAS to fight.

Because people have started disappearing, starting with the original owner of her surprise puppy.  And once she starts digging, someone tries to make Tavish disappear too.  The girl who was barely hanging onto the fragments of fear that made up her life?  She’s still hanging on by a thread.  But now she’s fighting to solve a mystery before more people die.

“Courage is not the absence of fear, but rather the assessment that something else is more important than fear.” – Franklin D. Roosevelt (and apparently some others, too!)

I’ve lived in the place of fear before.

If that’s you – if fragments of fear define your life – it’s time to get up. Cling to Jesus (he can handle the shakes and tears!), and then find something worth fighting for.  Something that forces you to get up and go, because it is more important that the fear. More important than the awful feeling in your gut.  When the fear comes, ask the Holy Spirit to be with you through it, and press forward.  Keep moving.

Would I Recommend Fragments of Fear?

If you enjoy suspense, you’ll enjoy this book.  I thought the artistic element (see below), so far outside my own experience, was really neat.  I really loved the courage that sprung out of this girl as she found something worth fighting for.  Giving up, giving in, wasn’t an option.  I loved how God drew her near after being so scattered, even using the bad guys to do it!

Fragments of Fear is on Tour with Celebrate Lit

From award-winning author Carrie Stuart Parks comes a new novel with danger that reaches from a New Mexico Anasazi archaeological dig to micro- and nano-chip technology.

Evelyn Yvonne McTavish-Tavish to her friends-had her almost perfect world in Albuquerque, New Mexico, come to a crashing end with the suicide of her fiancé. As she struggles to put her life back together and make a living from her art, she’s given the news that her dog is about to be destroyed at the dog pound. Except she doesn’t own a dog. The shelter is adamant that the microchip embedded in the canine-with her name and address-makes it hers.

Tavish recognizes the dog as one owned by an archaeologist named Pat Caron because she did a commissioned drawing of the two of them months earlier. The simple solution is to return the dog to his owner, but she arrives only to discover Caron’s murdered body.

After meeting undercover FBI agent Sawyer Price the mystery deepens as more people start disappearing and Tavish becomes a target as well. Her only solution is to find the links between microchip technology, an Anasazi site in the desert, her fiancé’s death, a late-night radio show, and the dog. And the clock is ticking. 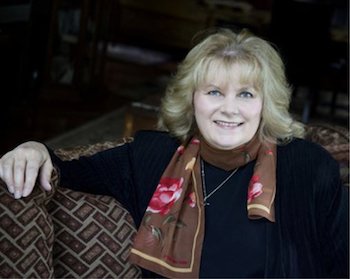 Carrie Stuart Parks is a Christy finalist as well as a Carol Award-winning author. She has won numerous awards for her fine art as well. An internationally known forensic artist, she travels with her husband, Rick, across the US and Canada teaching courses in forensic art to law-enforcement professionals. The author/illustrator of numerous books on drawing and painting, Carrie continues to create dramatic watercolors from her studio in the mountains of Idaho.

Since 1981, I’ve been a forensic artist—an amazing feat since I’m only . . .um. . . well, younger than that. In those years, I’ve seen some shifts and trends, but some things have never changed. Despite the overwhelming prevalence of computers in almost every other field, they have never been able to replace a trained forensic artist. Artists have an amazing toolbox of techniques we use to gather the information we need to help solve crime.

Want more? Check out the rest of my article at The Strand Magazine

Through the Fire Blogs, July 26

For Him and My Family, July 28

Lights in a Dark World, July 28

For the Love of Literature, July 31

By The Book, August 1

For the Love of Books, August 3

A Good Book and Cup of Tea, August 4

Little Homeschool on the Prairie, August 5