They almost all have daddy issues, and they’ve all experience loss. They’ve all lost a family member somehow. They all come from pretty messed up families, and that’s probably why they’ve made their own family, over the course of the previous books in the series (which I haven’t read yet).  Hearing about who Delilah used to be, it’s amazing that she ended up in this family.  And a good thing, too, because growing up with no parents in the picture and under the thumb of an abusive grandmother didn’t leave a pretty mark.  If you’re carrying some of your own messed up family drama around (or even if you want a good laugh and a fun story), you should read this book.

This page contains affiliate links – they don’t cost you a penny, but they sure help to pay off those student loans!  For more information, please see my disclosure page.  Also, I received a review copy of this book. All opinions are my own.  I might even have as many opinions as Delilah herself. 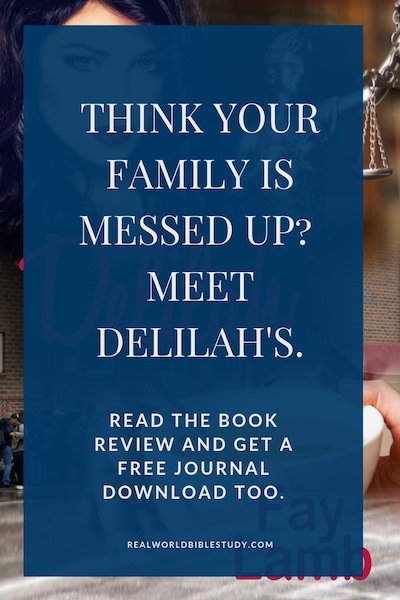 A Few Things I Didn’t Love About Delilah

OK, let’s get the cons out-of-the-way. The cover of this book is awful. And it shows nothing of the laughing Delilah that we meet in the book. The book had some serious content, but it was way more fun than the cover implied.  Honestly, I was asked to do this tour, and if not, I wouldn’t have done it…because the cover made me think I wouldn’t like the book or that it wouldn’t be well written.  (Yikes.  Gives me some hints about my own cover designs!)

There were a few scenes where I got a little confused trying to figure out who’s head I was supposed to be in it wasn’t really a formatting thing, it was more like a jumping back-and-forth between characters, and then not clearly making the switch. 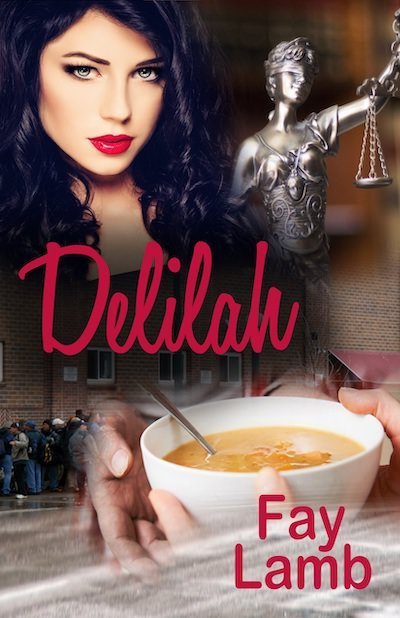 And then there’s the dating thing.

Christian fiction pet peeve.  Sometimes, when writers want to share a new romance and a new relationship with Jesus, they put the two together in a way that would be unhealthy in real life.  And then glorify it.  (Actually, Chautona and I were just talking about this!)  So you see a believer dating a not-yet-believer, or a mature believer dating a brand new baby Christian, and then the book makes it seem like that’s a good thing.

This one isn’t nearly so bad.  It’s not so much missionary dating. It doesn’t bother me as much because she’s a new believer, and he is an almost-believer.  So they’re very close in their spiritual walk in terms of maturity level. But, all their Christian friends are trying to set them up! Let the guy get to know Jesus first. Let him decide to commit to Jesus first.  The author does get Delilah there eventually, but by then the relationship is already pretty much there.  I can’t imagine anyone discipling someone, and encouraging them to get into a relationship with someone who doesn’t share that brand new faith.

But actually, I loved this book and its messed-up family.

OK, we got the cons out-of-the-way. The truth is, I really enjoyed this book. You might have to suspend disbelief at the ending but that’s OK, miracles do happen! And also it’s fiction! Suspending disbelief sometimes is just part of the deal.  I definitely recommend this book if you enjoy a little bit of legal drama, a little bit of laughter, and a lot of forgiveness.

There were some great laugh out loud moments, and also some zingers.

You know, that thought that you just have to highlight in your Kindle, because it just calls out to your soul and zaps you.? My favorite: as Delilah looks back at a home filled with abuse and awful memories, being reclaimed by the land around it as it sits abandoned after years of neglect. She says to God,  “Can you reclaim me?”

Delilah is on Tour with Celebrate Lit

They’ve sparred for years, but now they’re both headed for a knockout.

Newly elected judge, John M. Turner, tries his best to soothe the hard feelings of former Circuit Judge Delilah James, the woman he bested in the election by only a narrow margin, but his friend’s and her haughty reputation are making it difficult for him to let things slide. Worse yet, a vengeful assistant state attorney, the other candidate whose entry in the race actually handed the win to John, is seeking to have them both removed from the Florida Bar.

Delilah wants to make amends to John, but every time she attempts to apologize or to behave in court, she makes a mess of it. Since leaving the bench, life has become complicated: John’s teenager sister hates her, Libby Carter, has been arrested for battery on a police officer and embroiled her in the plight of the homeless, her past has returned to haunt her, and if that’s not enough, she’s fallen into the one experience in life she never thought would happen to her. John finally offers to make peace, but Delilah’s not ready for that.

Calling a truce with the man you love? What’s the fun in that?

Fay Lamb is an author, an editor, and a teacher. She also loves to teach workshops for fiction writers and has recently shared Bible truths on Preach the Word Network TV.

Fay has contracted three series with her publisher, Write Integrity Press. The Amazing Grace romantic suspense series is complete with four books beginning with STALKING WILLOW. Her Ties that Bind romance series is complete with this book, the fourth, and begins with CHARISSE. And with her current release, DELILAH, her fourth heroine, greatly loved by readers, gets her chance to shine. Her newest epic series, Serenity Key, with elements of romance, mystery, and suspense, began with STORMS IN SERENITY. Fay has an adventurous spirit, which has also taken her into the arena of non-fiction with The Art of Characterization: How to Use the Elements of Storytelling to Connect Readers to an Unforgettable Cast.

Fay loves to meet readers, and you can find her on her personal Facebook page, her Facebook Author page, and at The Tactical Editor on Facebook and on Goodreads. She’s also active on Twitter. Then there are her blogs: On the Ledge, Inner Source, and the Tactical Editor.

When Delilah came on the scene as the ruthless antagonist for Charisse in the first book of the Ties that Bind series, a reader wrote to me before finishing the story and said, “I hope Delilah gets hers.” I replied that she definitely did, but it would not be in the way that she thought. Since the release of Charisse, I heard from many readers who fell in love with Delilah, this delightfully fiendish character who changed in some ways from story to story but never truly lost her brash personality that made her who she is.

I never meant to give Dee her own story, but like many of the characters I write, I find that those that I consider truly secondary are the ones that seem to capture the imagination of the readers. I have a character in a little-known book that I wrote in 1999 that my readers still ask me about today, and characters in a writing tutorial that I used as examples have an adoring audience. The same was true of Delilah. When I sent the synopses in for Charisse, Libby, and Hope, the stories which at that time, encompassed the series, the publisher indicated I could have the contract on one condition: if Delilah got a story of her own. Who was I to argue?

As I completed the other two novels in the series and five other novels in different series for the same publisher, I worked on Delilah in my mind. She wouldn’t let me alone, and she never ceased to amaze me with her story. When she told me her background, I laughed aloud. When she learned her connection to one of the other gals in the series, I cried and rejoiced with her. Delilah truly had me on a roller coaster ride of emotions, and I couldn’t wait to sit down and tell her unique tale set against the backdrop of Central Florida’s homelessness and our wonderful natural resources. It is truly my hope that you’ll come along for the ride.

For Him and my Family, April 12

Through the Fire Blogs, April 19 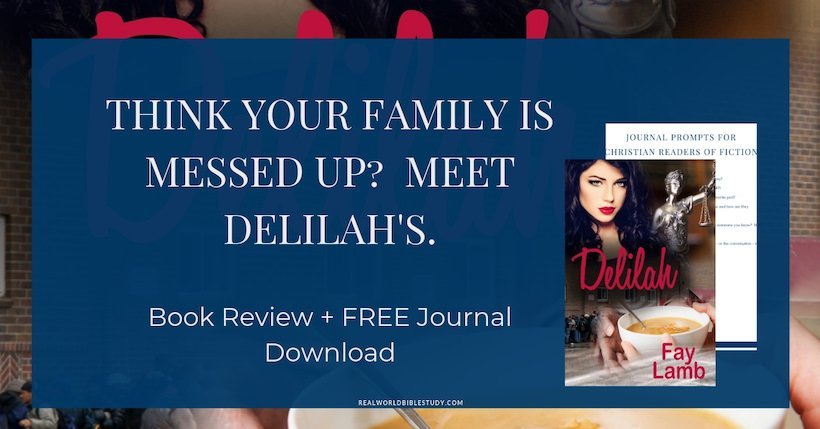 Previous Post: « What is your favorite thing about a good frontier story?
Next Post: Why I Loved Beauty in Hiding »