A Biography of Mad King Ludwig of Bavaria

“And they all lived happily ever after. The End.” This is the end of a fairy tale or even a Disney movie.  True in real life?  Yes and no. In the real world, a “happily ever after” ending might mean a good, but not perfect life.  But often we assume that famous folks have it better.  Like those fairy tale princes and princesses, kings and queens, once they have resolved the conflict of the story, they go on to live “the good life.”

This page contains affiliate links – they don’t cost you a penny, but they sure help to pay off those student loans!  For more information, please see my disclosure page.  Also, I received a review copy of Not So Happily Ever After.  All opinions are my own.

Make sure to read to the end of the post to enter the giveaway! 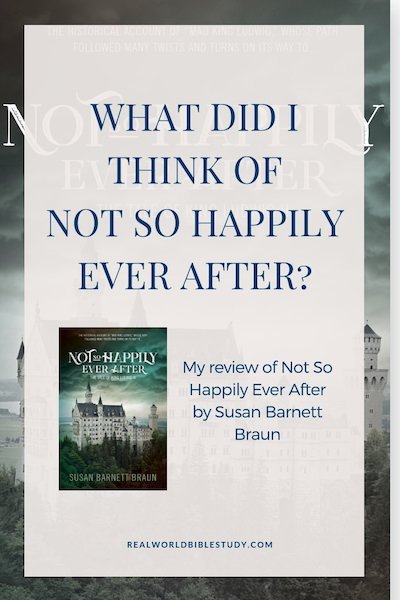 Not so for Mad King Ludwig of Bavaria, whose castles inspired Walt Disney.  Not so Happily Ever After is the biography of “the fairy tale king,” who seemed to live in storyland most of his life before a strange and mysterious death.  So what did I think of Not So Happily Ever After?

We Need to Own the Big Things

King Ludwig II’s life was characterized by his desire to control things that most of us would consider small, inconsequential in the big scheme.  The appearance of his servants.  His hairstyle (yes). His strange schedule.  Theater productions for an audience of one.  But he did so while consciously avoiding his responsibilities as king.  He didn’t want to deal with what was required of a diplomat and military leader.  Essentially, he wasn’t doing his job, but he wasn’t giving it up either (although he tried to early in his reign).  His attitude towards important things like finance, diplomacy, and war hurt his country and eventually culminated in his downfall.

There’s something here for us, too.  We want to control things that don’t really matter; it makes us feel more secure.  But are we taking the necessary time to take ownership of the “adult” things we need to manage?  I know so many families with great hair and clothes and outward appearance, but their finances are in a mess that is swept under the mattress and ignored a la Confessions of a Shopaholic.  We don’t have to get it all together all at once, but we should take a look at what we might be ignoring.  Is it truly something outside our control or our responsibility, or are we just hiding rather than taking ownership?

And yes, you can have both: the wild, fun, imagination and also take care of the important things.  To say one should thrive at the expense of the other is just false.

For Mad King Ludwig, relationships were an issue from the start.  Or rather, the lack of quality relationships. The way his parents treated and ignored him definitely shaped his upbringing and personality.  But he also made choices as an adult, and the more isolated he became, the more his grip on life and responsibility dwindled.  Even the relationships he did have weren’t healthy.  I’m an introvert too…and because I get my juice from spending time alone, I too have to be more intentional about growing healthy relationships.  It’s a work in progress.

Would I recommend Not So Happily Ever After?

Yes and no, but more yes. It’s an audience thing.

The story is historically interesting, and I found myself wanting to know how it ended. Unlike biographies of modern celebrities, I didn’t know how this one would end until I got to the end, even though some hints were dropped.  (Actually, we still don’t entirely know how it ends…and I love the mystery involved).

I’m not the target market.

This book is advertised as “young adult,” which can mean anywhere from age 12 and up in terms of content and style. I felt like the writing style was aimed at the younger end of that spectrum, so it wasn’t really for me.  (Even as a 12-year-old, I had moved on from the young adult section).  But I think it would be great for that pre-teen or even young teen group.  Although…I will say this. Our kids are growing up faster and faster in terms of how they consume media, and even young teens might read this as too young in style. I don’t know, because the teens I know read so voraciously that they are not the typical consumers.  I wouldn’t go too young with this book, as it does touch on some adult topics like suicide and drinking.  The approach to these topics is very tasteful.

Not So Happily Ever After had far too much visual description for my taste.  It’s not a bad thing. It’s just not my thing. I’m not a visual person, so I got lost reading the Hobbit for the same reason.  A more visual person might really enjoy it.  Even so, sometimes I would lose track of the plot because so much time was spent on description.  So I would recommend Not So Happily Ever After, for that younger audience and especially if they are interested in the more visual side of things.

Not So Happily Ever After is on Tour with Celebrate Lit

Title: Not So Happily Ever After

Think history is boring? Then you’ve never met Mad King Ludwig, who inspired Walt Disney with his magnificent castle in the clouds. He ruled the German kingdom of Bavaria for twenty-two years, inspiring his people by his support for the arts. And yet, “Mad King Ludwig” rarely appeared in the capital or attended any government functions. He slept most of the day and stayed awake all night. He dined with his horse and waved pistols at servants. He created a fantasy world inside his castles, complete with caves and trap-door tables. To this day, no one is sure exactly what caused his untimely death in a lake. Who was this man: fairy tale king? Insane eccentric? Mad King Ludwig’s life followed many twists and turns on its way to Not So Happily Ever After. The book’s intended audience is young adults, but it is perfect for adults wanting to learn more about Ludwig also.

Susan Barnett Braun earned a BS in retail management from Indiana University and an MA in education from the University of Alabama. She taught for eight years in northeast Indiana, earning a Lilly Endowment Teacher Creativity Fellowship and a National Endowment for the Humanities Summer Study Scholarship. Susan has had work published in Parents, Children’s Ministry, and The Secret Place. She also writes online for Fort Wayne Visitor’s Bureau and blogs at Girls in White Dresses. She is married with three wonderful young adult daughters. Susan enjoys reading, playing piano and organ, and spending her time with her family and pets (currently three rabbits and a chinchilla).

I first learned about King Ludwig II of Bavaria, Germany, while I was a high school German student. He fascinated me then, and he has continued to through several decades now.

Ludwig is a hero to the Bavarian people. In America, we too have our heroes: George Washington, Abraham Lincoln. But Ludwig was different. He was so eccentric and unusual that I found him impossible to ignore. As a teacher, I taught my students about this fascinating king each year. They, too, loved him. I decided to write Not So Happily Ever After so that teens could be introduced to Ludwig as I had been. However, since the book has come out, a majority of its readers have been adults.

What makes Ludwig so compelling?

Oh, where to begin? There are many quirky anecdotes about him: he once invited his favorite horse to dinner in the palace, complete with china and crystal. Ludwig insisted on hiding behind large floral arrangements when he was forced to attend state dinners. He preferred to work at night and sleep during the day.

The king built wonderful castles. His most famous, Neuschwanstein, inspired even the talented Walt Disney. If you’ve visited Disneyland or Disney World, the castles at those parks are the Disney version of Ludwig’s real-life home.

Ludwig has an air of mystery too, continuing to his still-unexplained death. “I want to remain an eternal mystery to myself and others,” he once famously said.

You’ll have to read the book to learn more. I can pretty much guarantee that this king, who has been dead now for over 130 years, will pique your interest. I wouldn’t be a bit surprised if you decided to start planning a trip to Bavaria to see Ludwig’s castles in person once you finish reading …

Random Thoughts From a Bookworm, January 9 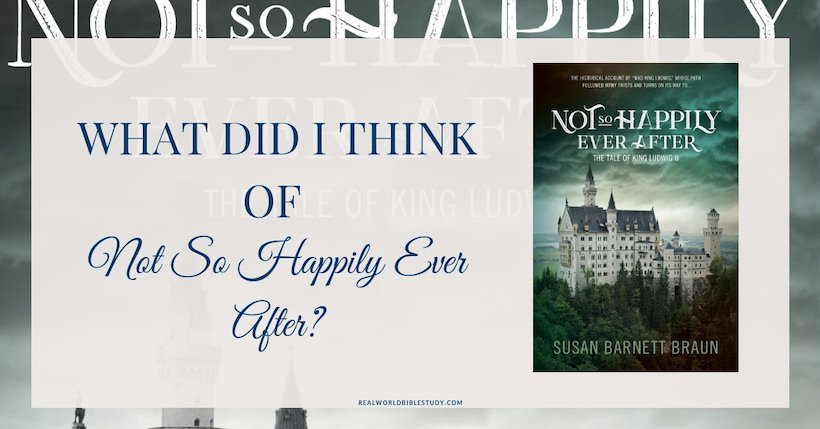 Previous Post: « 3 Revealing Questions Shadows of Deception Will Make You Ask
Next Post: How to Know if a Prophesy is Really from God »