Can I just say, I have mad respect for first-time authors?  I’ve done my share of writing.  But sitting down to write a book and putting it out there for the world to see…it can be intimidating.  So it’s a special thing to read someone’s first book-child.  That’s how I felt reading The Watch on the Fencepost.

Make sure to read to the end for the Amazon gift card giveaway! 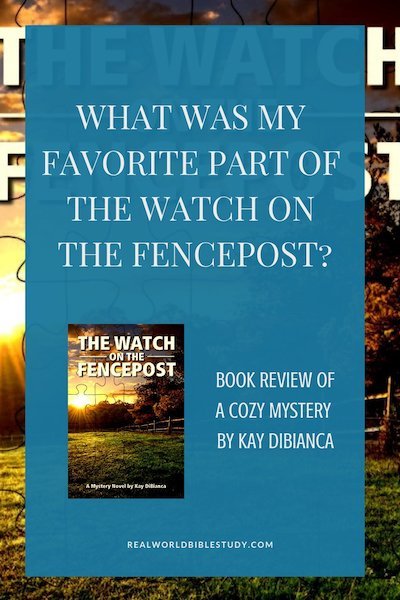 What did I think of The Watch on the Fencepost?

I probably wouldn’t have gravitated to this book naturally.  It’s a cozy mystery with some suspense thrown in, and I usually lean towards less cozy and more suspense in my mysteries.  But I’m really glad I read it.  I thought it was a great first novel – gives me the courage to go back to my own books – and I really loved the puzzles and clues, the little seeds of doubt.  The characters…CeCe is a riot and reminds me a little of Darcy from Dee Henderson’s True Honor (one of my favorites!). I would recommend this book to anyone who enjoys a cozy mystery.

But my favorite thing about The Watch on the Fencepost was a character who wasn’t even there.  Kathryn’s dad passed away months before the story began, but he is so present in this story!  Not as a ghost – I’m not into that sort of thing (except maybe Obi-Wan’s force ghost), and not in flashbacks, but in the clues he left Kathryn.  They were puzzling, dad-jokey, cheesy, and fun to try to guess.  His love for his (not-so-little-anymore) girl before he died was so evident, and I think Kathryn gets to know her dad even more after he is gone.  That’s definitely true of her mom, but her dad stands out more in the story.  Makes me want to play scavenger hunt with my parents :).  And yes, I did invite myself over to Mom and Dad’s for board games tonight.

Do you think maybe our heavenly father is like that, too?  Some things he says to us directly, just so.  But for other things, he leaves clues, because the joy is in the journey of discovery, and we get to know him more through the puzzle and mystery.  That’s such a fun idea.

The Watch on the Fencepost is on Tour with Celebrate Lit 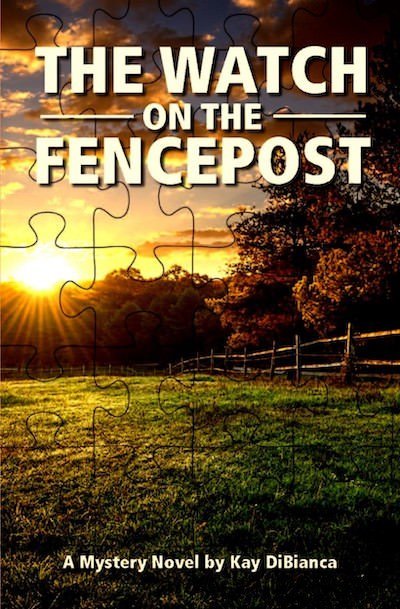 Book: The Watch on the Fencepost

A WATCH THAT REVEALS MORE THAN JUST THE TIME . . .

A mysterious gold watch propels 27-year-old Kathryn Frasier into a quest to prove her parents’ recent deaths were not an accident. Following a trail of cryptic clues, she encounters a remarkable cast of characters, including an actress with a talent for disguises, a politician with a dark secret, and a handsome businessman who shows a sudden romantic interest in Kathryn. Can she solve the mystery before she becomes the next victim? 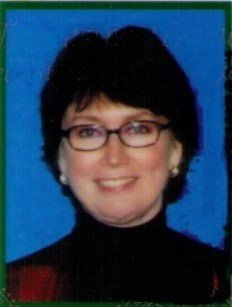 Kay DiBianca holds an MS degree in computer science from the University of North Carolina at Chapel Hill. She has worked in the IT departments of several major organizations, including IBM, UNC Chapel Hill, International Paper, and FedEx. She has an instrument rating in single-engine aircraft and competes in the Senior Olympics track events. She is a U.S. representative for Bridges for Peace, an international organization whose mission is to serve the people of Israel. She and her husband, Frank, live in Memphis, Tennessee. For more information, visit kaydibianca.com.

WHY I WROTE THE WATCH ON THE FENCEPOST

I’m a runner. I spend a lot of time on the treadmill, at a local track, or running in a park near my home. When I’m outdoors, I usually listen to podcasts or audiobooks to keep my mind occupied.

Several years ago, I was listening to a mystery novel while running on a trail, and I began to put together a story in my own mind. Over the following weeks and months, I had created the characters of Kathryn and Cece, and I could see them in my mind’s eye.

On another long run, I passed an old fence post and a plot began to form itself. Other characters seemed to materialize out of nowhere, and soon I had the basic outline of the book in my head. Before long I was ignoring the audiobook voices coming through my earbuds and just adding to my own story. That’s when I decided to write it down.

In the next few months, my story grew from a general outline to a narrative that stretched to over 60,000 words, and I loved the little surprises that popped up along the way. Although I had intended the book to be a straight mystery, I found some of the characters writing their own scenes, and soon there was romance!

As I chiseled away the extraneous parts and added detail and nuance, the important story elements of love, faith, and family rose to the surface. I delighted in Kathryn’s discovering more about herself and Cece’s unfailing wisdom and humor.

I spent over a year working with an editor to revise and strengthen the book. With every change in a word or addition of a plot twist, the story got better. It’s been three years since that first run in the park that got me thinking about the story. Now Kathryn, Cece, Phil, Mike, Tommy, and all the others are ready to tell their stories to the world.

I think I’ll go for a run tomorrow to see what Kathryn and Cece are going to be up to next.

Through the Fire Blogs, March 2

For Him and My Family, March 6 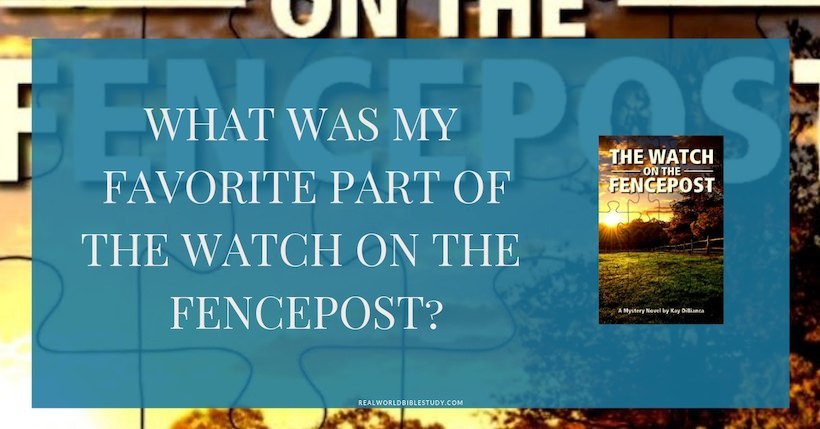