I’ve spent a lot of hours reading in the last few days.  I’ve noticed that, which is strange for me.  Usually, when I’m reading, I completely lose track of time, stay up way too late, and eagerly await my next lunch break to get back into the book.  This week, that wasn’t the case.  I wasn’t devouring pages to find out what would happen next.  But I was thinking.  A lot.  An Unpresentable Glory doesn’t hit my “favorites” list, but it was definitely thought-provoking.  Here are a few of those thoughts.

Things I Loved About An Unpresentable Glory

I love the image of God’s “unpresentable glory” in this novel.  For me, it’s the things that God has done that are behind the scenes, things that are maybe not mentionable in polite company.  I love that God enters into the undignified places in our lives and shines his light in there – even if no one else will ever see.

I loved the gardens and garden imagery in this novel. I don’t know a ton about gardens – my sister is the agronomist.  I know, I know – I should have consulted a soil scientist.  Let this one marinate for a bit: what are the weeds in my life that need to be pulled, stomped out? 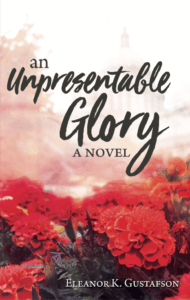 I loved the two outstanding groups of friends Jay meets and bonds with in this story.  TWO.  (I guess he can have two groups since he has to bounce back and forth between two cities. But still.  I’m a little jealous.  Oops, there’s a weed!).  (Yes. Jealous of a fictional character.  Yup. Th

at’s me.)  This is something I am trying to cultivate in my life.   But Jay has the benefit of being introduced to these groups that he then connects with.  I keep trying to find those groups, or build them myself.

Some Thoughts About Style

This book felt long, and I love long books and usually get into them without even noticing.  It took me some time to get into it.  Once I did, I really did like the story.  I really liked Jay’s journey of faith and friendship especially.  I didn’t always like the way it was told.  There were a few moments where I thought “do people actually talk like that in 2018?”  But maybe I just don’t walk in the right circles.  I also felt like there was a rush to tie things up at the end.  The style wasn’t my favorite, and I think this just may be a personal preference and genre preference thing.  Overall, though, I did like this book, and would recommend it to those who enjoy literary fiction.  If you’re looking for something fast-paced, this isn’t your book, but if you’d like to be prompted towards introspection, it just might be.

An Unpresentable Glory is on Tour with Celebrate Lit

“I trusted you, and someday, you may know just how much you hold in your hands.”

Linda Jensen leads a relatively quiet life in Westchester County, New York, as the owner of a highly acclaimed garden. Inherited from her parents, the garden is her pride and joy. It is not so joyful finding a strange man sprawled near her delphiniums! The mysterious man is sick, unable to do anything more than drink water—and beg for secrecy. Ignoring all alarm bells, Linda sees to his needs, but her caring act takes on unexpected significance, and unpresentable glory.

Seeds of trust, and perhaps love, are planted in Linda’s garden haven. But as secrets are revealed and scandal hits the headlines, the act of caring for this man threatens to tarnish both of their reputations. Like weeds in Linda’s garden, circumstances threaten to choke out their fledgling relationship, and small moments prove to be the biggest influencers—on a national scale.

Ellie grew up in Branchville NJ, in a county with more cows than people. She attended Wheaton College in Illinois as a music major, then married a pastor/college professor/tree farmer/organist and writer. Together, they have three children and eight grandchildren.

Music was Ellie’s first love until she tried on the cloak of writing and found it a comfortable fit. However, early writing attempts saw friends—and even her mother—advising her to stick to music as a career. She pushed manfully along, though, and An Unpresentable Glory is her sixth novel.

“God first touched me through story,” Ellie says, “and made the bigger Story come alive. I love Him passionately!”

What’s An Unpresentable Glory about? Here’s Linda’s point of view: Linda Jensen, a noted gardener, finds a stranger sprawled near her delphiniums, obviously ill. She gets him into her house and puts him to bed, deciding that water is the only safe thing to give him. Water in, however, must come out. He is helpless; she must serve him; but in doing this unpresentable task, she feels the presence of angels. [See the book Preface for my personal experience with this.]

Jay’s point of view: Jay finds himself ill and helpless on the lawn of a wealthy but caring gardener. He can’t even reveal his real name. When he leaves at week’s end, he sees the relationship as hopeless because of who he is and enormous repercussions if the hidden week comes to light. Tragedy and disaster haunt him, but a dual set of mentors leads him through churning waters. Will he ever get back to the garden?

Linda’s sun tea was “mostly Darjeeling with lemon and a sprig of mint.” After reading her description, I tried it and found it tasty, indeed!

Little Homeschool on the Prairie, April 5 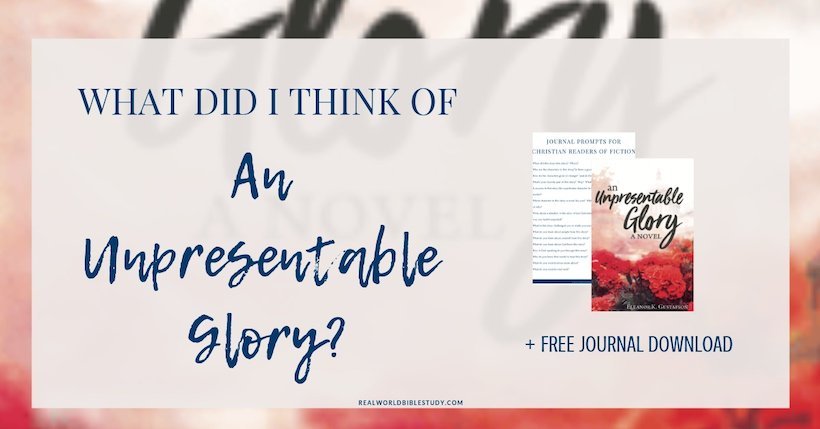