Y’all, I’m mostly an equal opportunity reader, but I do have some favorites.  Ok. I have enough “favorite” types of fiction that it’s easier to say what doesn’t catch my interest. But I’m a history nut too, and so historical fiction is a lot of fun.  Frontier stories are some of my favorites (along with WWII or Cold War-era spy novels…but that’s for another day). 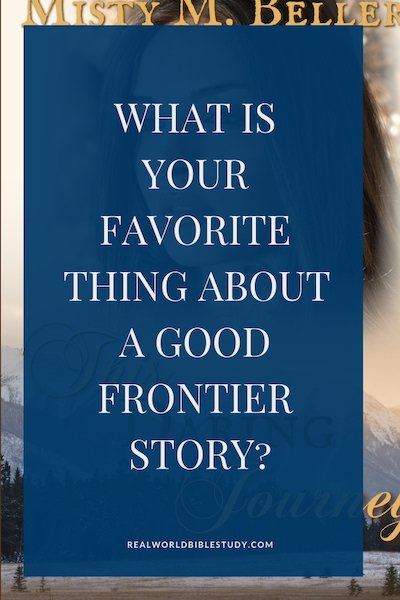 Why do I love frontier stories?

Let me count the ways… :). I grew up on Janette Oke and Lori Wick.  To Know Her By Name was a riot.  I think part of it is the survival aspect.  These men and women weren’t just living without modern conveniences and technology.  They were living so far from “civilization,” often from family or church.  Yet they built these strong lives, homes, marriages, families, relationships with God.  Was that despite the distance and the challenges?  I think maybe this strength of the pioneer men and women was because of the challenges they faced.

Frontier stories remind us of a life that was at once more difficult and yet simpler.

But my favorite thing about frontier stories has to do with the way they tug on our hearts.  See, there is a part of our hearts that remembers searching, journeying, isolation from people like us, the daily battle for survival.  We remember it because spiritually, that is still our experience, even though for many of us it isn’t reflected in our physical lives now.  The truth is that the loneliness of the frontier – sometimes good, sometimes bad – the hunger for friendships and relationships, that’s something many of us still feel.  Frontier stories speak to our spiritual longing like nothing else.  And I don’t know about you, but I still feel closest to God out in the midst of his creation.

[bctt tweet=”Frontier stories speak to our spiritual longing like nothing else.” username=”RealWorldBible”]

A few weeks ago, I read Misty Beller’s This Daring Journey.  I had to snap this one up, because I had really enjoyed This Courageous Journey (review here) a few months back.  This one didn’t disappoint either.  I loved the perspective of “half-breed” Moriah.  Born from a mother who was abused by a white man, she resonates with us #metoo women and with the racial tensions that still plague our culture today, if in different degrees and different ways.  I personally identified with her struggle as she realized that, strong independent godly woman that she was, she needed help.  She couldn’t heal from delivering a baby (on her own, in the middle of nowhere!), protect her newborn daughter, keep them both alive, on her own.  (Literally not enough hands!) I also loved the way Samuel falls in love instantly…not with Moriah, but with this tiny baby girl.  I would definitely recommend this book if you love a good frontier story.

This Daring Journey is on Tour with Celebrate Lit 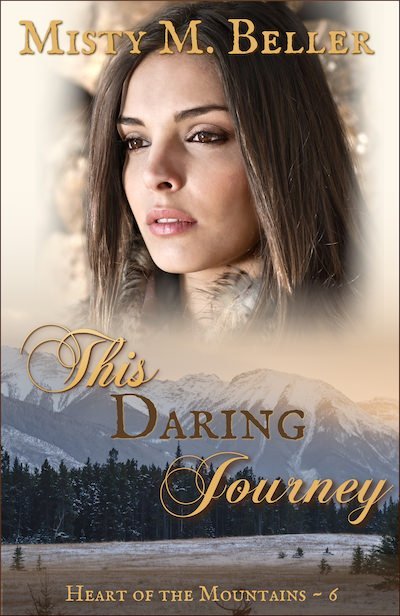 As a half-Indian raised among her Peigan tribe, Moriah Clark knows better than to trust white people. The tragedy that resulted in her birth is proof enough. But when her trusted grandfather marries her to a white man, she has no choice to but to obey and hope this new life isn’t her downfall. Her white husband turns out to be a decent sort, but his unexpected death left her to birth a newborn baby among hostile mountain men. She wants nothing more than to retreat to the safe haven of her tribal upbringing. When a mysterious frontiersman arrives on her doorstep seeking her deceased husband, his offer to escort her and the babe to her people seems like the opportunity she’s been praying to find. But can she trust him?

Samuel Grant has been sent to retrieve Henry Clark for his sister’s wedding, but the sight that greets him at the little cabin in the woods is not what he expected. Not only has the man died, but Henry’s wife is fighting off an aggressive gang of men at gunpoint—while trying to conceal a newborn. He can’t leave the pair unattended, so helping her travel into the mountain country to reach her family seems like the only option. If he can win her trust, that is.

Such a grueling journey with a three-week-old baby will be risky, but the challenges that arise test them far more than either expected. When a devastating surprise increases the danger ten-fold, Moriah focuses all her efforts on keeping her newborn daughter alive. Maybe that’s why she doesn’t realize how much of her heart belongs to the mountain man—until it’s too late. 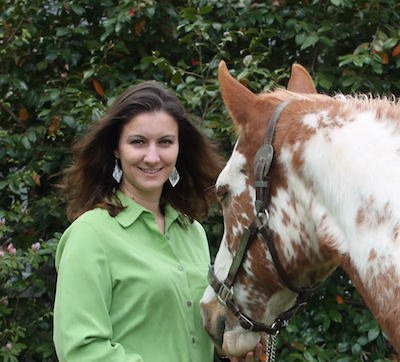 Misty M. Beller writes romantic mountain stories, set on the 1800s frontier and woven with the truth of God’s love.

She was raised on a farm in South Carolina, so her Southern roots run deep. Growing up, her family was close, and they continue to keep that priority today. Her husband and children now add another dimension to her life, keeping her both grounded and crazy.

God has placed a desire in Misty’s heart to combine her love for Christian fiction and the simpler ranch life, writing historical novels that display God’s abundant love through the twists and turns in the lives of her characters

How did I get started writing?

I’ve always loved to read, but several years ago I was putting together my bucket list, and realized that I really did want to write a novel. So, “Write a novel that’s published” made it near the top!

I decided, it’s now or never, and made the commitment to do it. So, I had a general idea that I wanted it to be a Christian historical western romance. But where to start? I finally decided I needed to find a good book to help me plan. I stumbled upon (a.k.a. God led me to) the best possible book to help me get started with a great plan: Plot and Structure by James Scott Bell. For all you writers out there, I can’t recommend it highly enough!

From there, I’ve soaked in every bit of writing instruction I can from some amazing groups and individuals. And I’ve spent countless hours sitting with my laptop pouring out words onto the screen. Writing is in my blood. It’s my passion. A true gift from my Heavenly Father, and I pray daily that he uses the words for His purpose.

Among the Reads, April 4

The Power of Words, April 5

Through the Fire Blogs, April 12

For Him and My Family, April 13

For the Love of Books, April 16

Little Homeschool on the Prairie, April 17 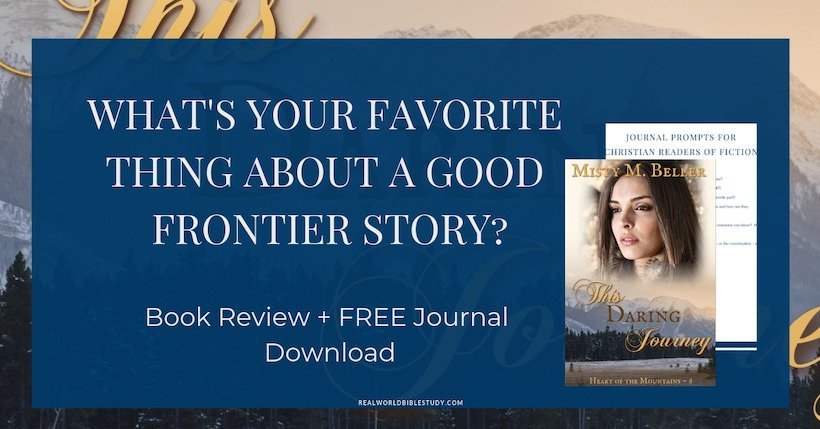 Previous Post: « What is God’s Creative Purpose for your Life?
Next Post: Think your Family is Messed Up? Meet Delilah’s. »